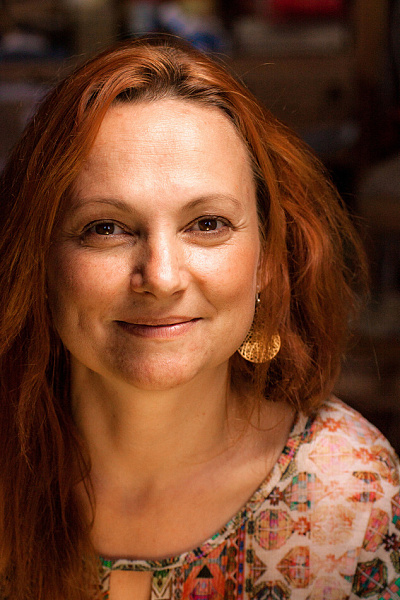 Behind the beauty of the superficial form, there is something more: something we cannot give a name to, some kind of deep, inner, sacred essence…

Currently I live in Jablonec nad Nisou and I paint, I make drawings and paintings inspired by beauty, love and magic of life. I paint what I see with my eyes, but mainly how I perceive life and its essence with my heart, because what is important, is invisible to eyes…

In Jablonec I also lead a private art atelier for children and adults who would like to learn to draw and paint with their heart.

Academic painter Blanka Brožová is the representative of postmodernists from the nineties, although she surpasses them and has her own specific style. Her outstanding autograph is besides other things based on techniques that evolved in her painting from drawing with charcoal and pencil, through crayon and aquarelle until more complicated creations with crayon on canvas sometimes supplemented with glass cut stones and until more detailed aquarelles. Hand in hand with this, also the color wheel transformed from temperate darkened charcoal grey until harmonic optimistic joy, which still stays moderate and dreamy in a way.

The work of Blanka Brožová is an intimate confession. She is not looking for and not making grand gestures. The fascinating thing in her work is her strong alter ego, which confidently shows the inner world of the author. She is very aware of her belonging and connection with the higher principle and humanity as such. Blanka Brožová’s paintings are not lonely testimonies, but an effort for further communication with the audience, to whom she offers an answer and also another point of view. 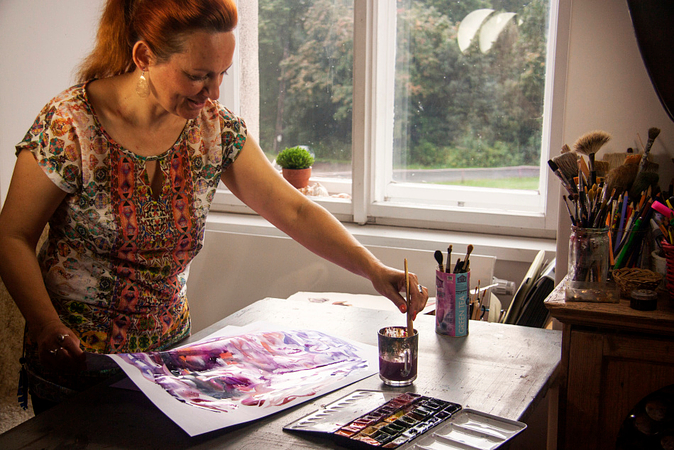